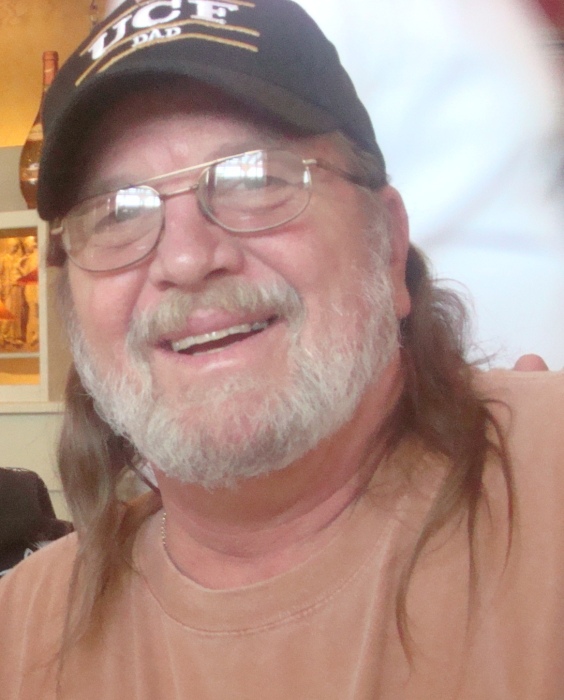 Mr. Johnny Wayne Alexander, age 67 passed away at the family residence Saturday, March 27, 2021 surrounded by his family.  He was born September 11, 1953 in Okinawa, Japan the son of John “Alex” Alexander and Tommie Rea Blaylock Alexander.  Wayne was a loving Father, a devoted husband and a loyal friend to all who had the privilege of knowing him. His marriage to Peggy was the embodiment of love at first sight. As a father Wayne would be present for every event and help with every science project even after working long days in the hot Florida sun. Wayne was the love of Peggy's life, and for 40 years brought her great joy and unconditional love. He loved his stepdaughter Tanya as if she were his own, and he knew that love was mutual. Wayne was so proud of the loving mother Kara grew up to be, showing the same love for her children that he had for his.  His youngest child and only son, John, is a product of his loving marriage with Peggy, and Wayne showed great pride in all of his son's pursuits.  Born in Okinawa as the son of an Air Force veteran, Wayne moved all over the country before settling at Eglin Air Force Base, where he graduated from Choctawhatchee High School in Fort Walton Beach.   It was Northwest Florida where Wayne finally felt most at home, surfing the waves of the Gulf of Mexico in his youth.  Wayne followed his own father's footsteps in serving his country as an airman, with overseas assignments including Guam and Iceland. During his domestic assignments he was able to play minor league baseball for nearby teams where he was stationed.  After eight years in the Air Force, Wayne came home to Northwest Florida to work as a civil service mechanic for Eglin Air Force Base and retiring as a bush hog operator for Duke Field.  Wayne and his family moved to DeFuniak Springs in 1988 where he lived the remainder of his life, watching sunsets over Lake Stanley while grilling steaks and playing basketball with his son. He spent his retirement years with his loving wife of nearly 40 years.   Wayne's presence will be missed dearly by everyone who ever knew him, and his presence enriched the lives of everyone around him.

Among survivors are his wife, Peggy Ferrara Alexander, his children, Tanya Hall and Kent,  Kara Lindsey and Russell and John Alexander and Kirsten.  His grandchildren, Addyson and Redmond, his sisters, Cathy Beaty and Don and Lisa Martin and Scott, his sisters-in-law, Jerri Courtney and Larry, Andrea Kroha and Curt and his brother-in-law, Vincent Ferrara.  Also surviving are his nieces and nephews, Jessica, Brett, Daniel and Sara.

Services shall be announced on social media.  The family is grateful for the tremendous outpouring  of love and support from family and friends and for the care and concern of Regency Hospice and DeFuniak Springs Fire and Rescue.  Friends and family may go on line to view obituaries, offer condolences and sign the guest register at jerryevansfuneralhome.com

May the water always crest where he now surfs.

A service summary is not available

Plant a tree in memory of JOHNNY WAYNE ALEXANDER

I'm terribly sorry for your loss, he was such  a wonderful human being, I would see him every Saturday at work and we would talk Gators football. He will be greatly missed ❤️

JOHNNY WAYNE ALEXANDER brought so many gifts to our life. We will never forget those memories.
Dawson Family

A Memorial Tree was ordered in memory of JOHNNY WAYNE ALEXANDER by Dawson Family.  Plant a Tree

A Memorial Tree was planted for JOHNNY WAYNE ALEXANDER

Plant a tree in memory of JOHNNY WAYNE ALEXANDER