Share a memory
Obituary & Services
Tribute Wall
Read more about the life story of Buel and share your memory.

Buel W. Mooney, age 86, passed away peacefully on January 20, 2023.  Born in Glendale, Florida on August 24,1936, to Calvin (C.E.) and Pearl Brown Mooney, Buel was a lifelong resident of Walton County.  He graduated from Walton High School in 1954 and married his high school sweetheart, Loretta, in June of that same year.   Buel and Loretta owned and operated two long-term and successful businesses in DeFuniak - DeFuniak Pawn Shop and Mooney Bonding Agency.  Together they had one cherished daughter, Cyndi.

Buel attended church at Leonia Baptist Church, and he was a member of the National Guard and the Civil Air Patrol.  His time serving was extremely significant to him.  He earned the elusive Expert Infantry Badge from the National Guard and rose to the rank of Major in the Civil Air Patrol.  He was also awarded the Distinguished Emergency Service Certificate, the first one to receive the annual award of the Florida Wing.  He enjoyed time spent in nature – visiting the mountains, taking walks in the woods with his grandson, spending time on the water, fishing, shooting targets, or, in his younger years, riding his Harley and playing golf.  He also valued taking care of animals and was known to feed any stray animals who were lucky enough to find his house.  Though he loved them all, he definitely had a favorite animal in his cat Louie.

Despite all accomplishments in work or play, Buel would say his greatest treasure was his family.  His wife Loretta, daughter Cyndi, grandson DJ, great grandson Axel, his “son” David, and special family friends Bob, Lila, Janet, and Mark meant the world to him.

Buel is preceded in death by his beloved wife, Loretta Spears Mooney, his parents, Calvin (C.E) Mooney and Pearl Brown Mooney, and his sisters, Hazel Snuggs and Annabelle Cordle.

Friends will always remember Buel as a paradox – “harder than a box of rocks, tougher than a pine knot, but having the most tender heart of anyone they have ever met.”  When giving to others, he never spoke of the right hand’s actions to the left.

The family would like to give a heartfelt thank you to Carrington Manor of Crestview for their love and care, and a special thank you also to Covenant Hospice.

In following Buel’s example in life, the family asks you to commit an act of kindness in silence and to feed a hungry animal.

To send flowers to the family or plant a tree in memory of Buel W Mooney, please visit our floral store. 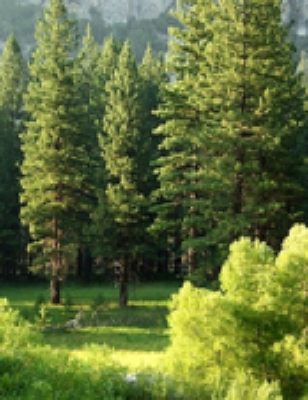